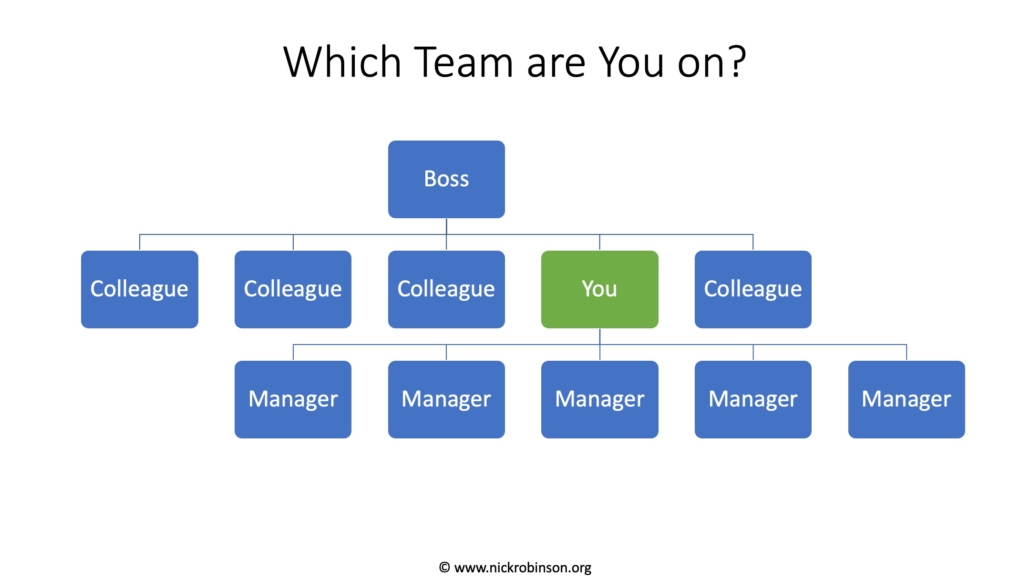 At first sight, that might seem like a dumb thing to say. Surely everyone knows which is their team? But I’m seeing more and more people who fall into difficulty at work because they don’t quite get this distinction right. 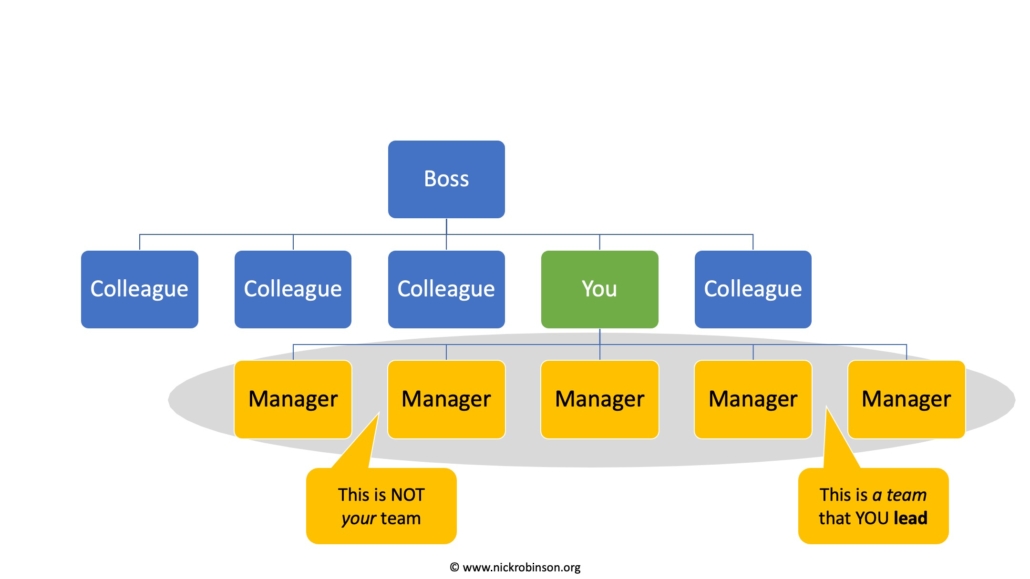 I’m constantly talking about how leaders should role model the kind of behaviours they want to see. This is particularly important if you want your teams to behave more like a team. And one of the behaviours to get really clear about role-modelling is which team you’re actually on. 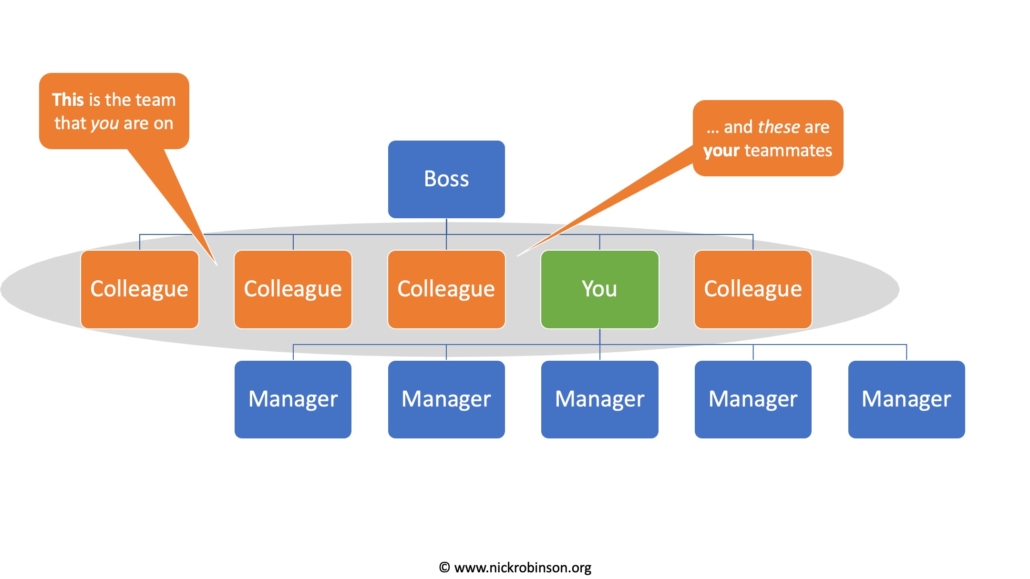 If you want the teams that you lead to be more team-like, then show them how you are a great member of the team to which you belong.

What do you notice about your own attitude towards teams, colleagues and those who work for you?
Please leave a comment below if they’re still open at the time of reading, or tweet me @nickrobcoach