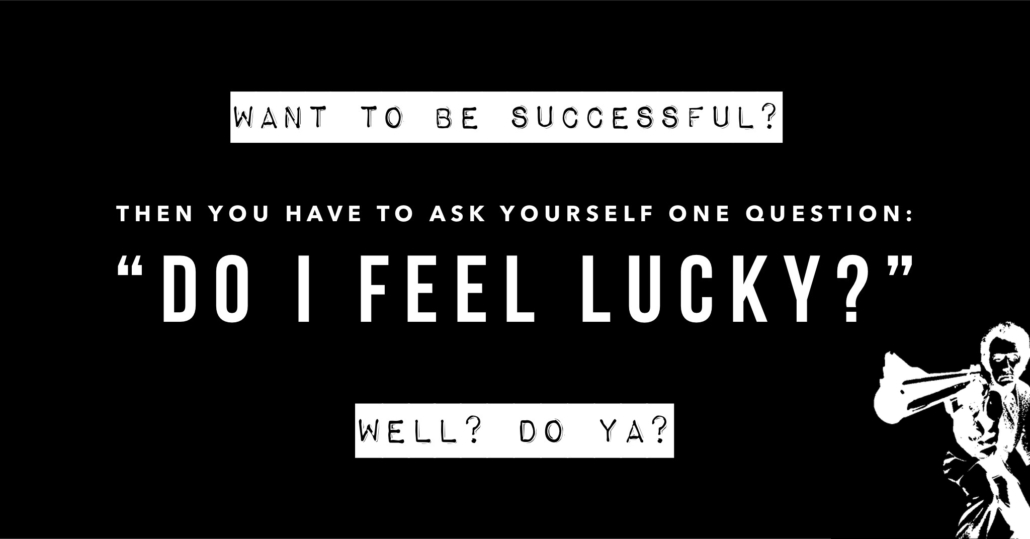 Recent research highlighted by the annual Ignoble prizes may show that, when it comes to being successful, luck counts for more than talent.

The research I’ve linked to below suggests that we typically believe success to be mainly due to personal qualities such as talent, intelligence, skills, smartness, effort, wilfulness, hard work or risk taking.

What’s your take on this?

It’s such a widely held view (at least in the Western World), that success comes from who you are and what you put in, that I wonder if readers will disagree with these findings?

Some of the most successful people I’ve worked with go out of their way to acknowledge the role that luck has played in their success. For example,

my clients often say things like “I’ve just been lucky!”

Sometimes they mean it and it’s a recognition that yes, they’ve worked hard and yes, they have some talent, but that their success has come often from being in the right place at the right time.

(and by ‘luck’ I think they mean those uncontrollable external factors that can count for so much.)

At other times, it seems that people are just wary of tempting fate – another recognition that success which is due to external factors can turn at any time.

My view is that you make your own luck.

In business and in other walks of life, you can’t be successful if you’re not actually in the game.

If you’re not out there, playing to the best of your ability, even a lucky break is going to struggle to find you.

Unless, I suppose you are freakishly lucky?

But maybe I’m deluding myself in the hope that my natural talent will eventually get me somewhere? Or I’m just clinging on to a false notion that I have some vague ability to control things that are actually beyond my control.

I would love to know what you think?

TALENT VERSUS LUCK: THE ROLE OF RANDOMNESS IN SUCCESS AND FAILURE