If your business needs to make changes, first you need to Un-F*** your people’s minds – here’s why and how.

There’s a really powerful part of our brains that operates mostly unconsciously in the background. It runs the autonomous parts of our bodies: breathing, heart-rate and muscle-state and triggers the production of stress-hormones such as adrenaline. Recent research also shows that it tends to take most of our daily decisions for us, without us being consciously aware of the process. AND – it’s constantly on the look out for any threats to our physical or emotional safety.

There’s also evidence to suggest that, when an environmental trigger activates this part of our brain it actually shuts down our higher cognitive functions. This is thought to be another evolutionary factor; trying to think our way out of danger is just too slow for nature!

This lizard or primal brain structure, as its been called, is in charge of…

… all the stuff that humans need to do to make sure we survive individually and as a species.

With all this going on, literally in the back of people’s heads, is it any wonder that introducing a change at work is so fraught!?

What you want to do is to get people on board with the change, and to start using their higher cognitive functions to understand and make the most of what it’s about. But you can’t do that when this really powerful evolutionary mechanism is hijacking their heads.

You’ve got to take each of those Six-F’s and see them from your people’s point of view. Anytime you want to introduce a change at work, either in the way things are done or structured, or in anything that might have an impact, its essential to consider each of the Six-F’s.

In other words, you’ll need to Un-F people’s minds!

Only by being prepared to allay people’s concerns on all of these levels can you hope to avoid major resistance (which is largely unconscious, don’t forget). Make some breathing space for people to consciously understand what your change is really about and how they can positively and actively be part of it, by addressing each of these:

Please let me know in the comments below if they’re still open, or by tweeting me @nickrobcoach, what you’re finding out about introducing change at work and how (or whether) you need to deal with the 6-F’s. 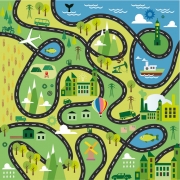 Keeping your mind fresh and flexible

If you put down that hammer, I promise I won’t shout
Scroll to top