Maslow’s framework has been around since 1943, when he wrote a paper called “A Theory of Human Motivation”, seeking to describe and explain the behavior and motivation of exemplary individuals, including Albert Einstein. It has some flaws and critics, but since it is so well known and follows an easily remembered structure it’s also a great tool to use when somebody just isn’t delivering anymore, or seems to have become quite ineffective compared to their normal levels of performance. Here’s how to use it that way.

As a point of principle, the approach I’m going to describe here is essentially a ‘pastoral’ one – that is, it’s about looking after people rather than blaming, criticizing or trying to fix them. After writing his 1943 paper, Maslow subsequently extended his ideas to include his observations of human beings’ innate curiosity. If a member of your team is no longer performing, set your own innate curiosity alight. Perhaps by yourself initially but then certainly in partnership with the person concerned, get curious about what might be going on.

Start at the bottom of the pyramid.

Physiological needs are the physical requirements for human survival – food, water, air, sleep, clothing, shelter – and the sexual instinct (according to Maslow). Check that your team member is looking after themselves physically: just basic stuff like are they taking lunch, is there water to drink?

I’ve lost count of the number of times I’ve had to point out to often very senior clients that they are driving and flying big distances and working very long hours and that the reason their performance is suffering is because they are simply really tired. Do they have opportunities for rest? Can they work from home? Can they stay over one or two nights a week instead of commuting?

Can you mention the sex issue with a colleague? I would argue “yes” if you have a pastoral responsibility to them. But how you do so is likely to be determined by your organisational culture. Just be aware that it isn’t only younger employees who may be staying out late and/or drinking more alcohol than usual in response to their basic sexual instincts.

Safety needs are about feeling secure and free from actual (and the threat of) physical and emotional harm. Does this person feel safe? Is their physical, emotional and economic security currently threatened by anything? Perhaps there are some basic issues that need to be addressed. If you can, ask them how they’d like you support them in feeling safer.

Since change is now just about the only constant we experience at work, I’ve yet to find a workplace that doesn’t include some anxiety. Either about job security if there are threats or even concern over the unknown caused by positive opportunities for growth and change. Often, all of this is left unspoken. Commercial sensitivities can mean that it’s hard to tell people exactly what changes are afoot.

To the extent that you can, talk through these things:

“I wonder if you’re concerned at all about X? I can’t give you all the exact details of what we’re doing, but here’s what I can tell you. When we’ve been though this kind of change before, there have been costs but positive aspects too.”

Tell them what your intention is during this next phase of change with regards to them personally, even if it’s just in principle for now rather than full practical details. Fear of the unknown is usually greater than fear of known risks.

Love and belonging. The third level of human needs is interpersonal and involves feelings of friendship and intimacy. People need to feel a sense of belonging and acceptance among their social groups and a large part of that takes place at work. Many people become susceptible to loneliness, social anxiety, and clinical depression if their need for love and belonging is not satisfied.

My experience has been that the needs around social interaction and group-belonging are exceptionally strong drivers of behavior at work. Other psychologists since Maslow have written about things like Group Norms and how peer-pressure drives performance.

Is this individual getting on well with their peers and staff and other colleagues? Are they accepted for who they are? Are there any factors which might be isolating them or leaving them feeling disconnected? Do they have a mentor or confidant in the workplace?

If someone’s performance has dropped markedly, has there been a change in what they might perceive as respect from others – for example, a change in their status or in the attention they get from bosses or peers? Are they getting appropriate recognition for who they are and what they bring?

Or perhaps their self-belief has taken a knock and for some reason they no longer respect themselves in a healthy way or their self-confidence is not what it was?

If you suspect that their self-respect might need a boost, now is a good time for you to adopt a coaching leadership style. Help them to see the situation for what it really is (probably just a bump in the road) and to set out a plan to deal with it, including some achievable goals and some learning, reflection and development.

Self-actualisation. Maslow describes this level as the desire to accomplish everything that one can, to become the most that one can be. People may perceive or focus on this need very individually, so that what is self-actualisation to me or you may be very different for somebody else.

This is a time for some fairly in-depth conversations with the person concerned and you may need to take it step-by-step, ensuring that you first have the depth and quality of relationship with them to trust and respect each other enough. 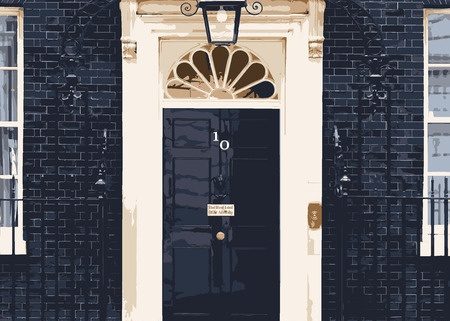 I’m sometimes asked to work with a man who has got on the wrong end of the small-p politics in an organisation. These men are often one of three types:

1. A direct, action-oriented type
This kind of man often has a great straight-forwardness about him and a high-level of intuitive, natural leadership. Sometimes these strengths make him frustrated and ineffective in dealing with what he sees as the cowardly caution and game-playing of people with different styles of behaviour;

2. A highly-principled, morally-astute type
This kind of man has a strong sense of right, wrong and justice; often combined with an ability to ‘see’ the outcome of complex decisions and chains of events. Organisations often seem to him to have ambiguous values – to say one thing and then do another, or to take the easiest, most expedient route, rather than the ‘right’ one;

3. A focused, do-the-job-right type
This kind of man has a gift for making things work well, for knowing how to tinker and fix his specific part of the organisation until it is running like a well-oiled machine. He might feel particularly lost when the bigger-picture objectives of the organisation are inefficient, or at cross-purposes or put the smooth-running of his territory at a lower-priority than something else – as they often do!

In these situations, I’ve found it crucial to remember that these are strengths that have got things to this point, not weaknesses. It’s just that they may not be the most appropriate strengths for him to apply right now. We need to step away from: “You’re doing something wrong”, which is what the organisation or the system seems to be telling him – just when he is trying very hard to apply what he knows. Then we can head towards new ways of looking at how other people behave and how to relate to that, or to new capabilities that broaden the range of strengths he can apply.