What kind of leaders do we need to deal with today’s unparalleled pace of change?

When William Gibson, the eerily-prescient sci-fi novelist talked about the future being already here, he might have been thinking about TV reality shows, or ‘cyberspace’, or the cure for AIDS, or any number of the many other things he’s accurately predicted in his books.

However, I like to think he was describing the alarming rate at which change is coming at us, and how we’re all struggling to keep up.

Let’s be honest, though – change is not a new thing.

In about 500BC the Greek Philosopher Heraclitus suggested that ‘The only constant is change’, and I really couldn’t agree more.

Except, Heraclitus didn’t know just how fast and constant the changes would be, some two and a half thousand years later.

For example, somebody born in a western country around the end of World War II would have seen economic output more than triple over the course of their lifetime, while the baby-boomer generation have already felt it double in the first half of their lives: 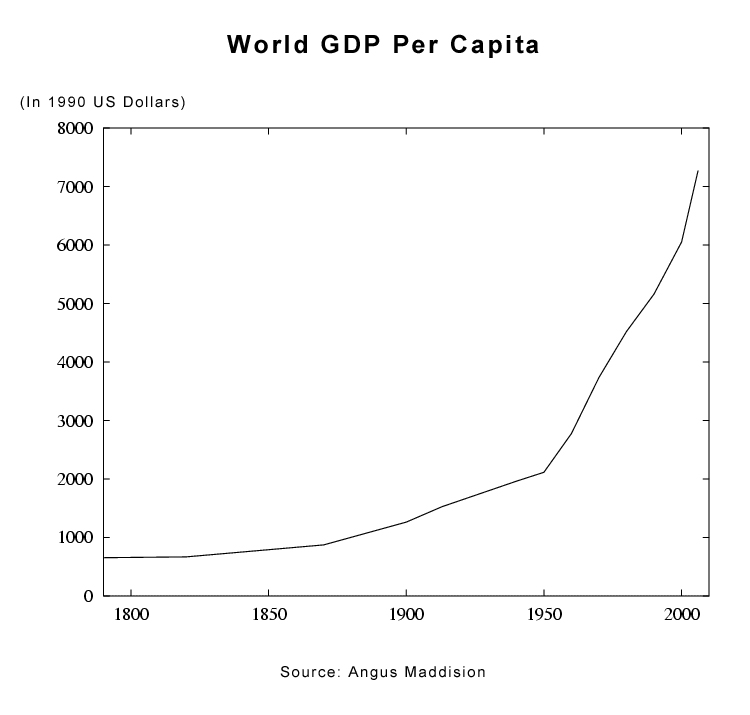 But what about the rate of technological change?

Technology gurus often talk about Moore’s Law – how processing power doubles every two years – but perhaps, just as important, are the rates at which people choose to adopt new technologies.

As this chart shows, when the telephone was first introduced in the USA back in 1876, it took 35 years to reach a quarter of the American population.

A little over a century later, it took the world wide web just seven years to reach the same proportion of people: 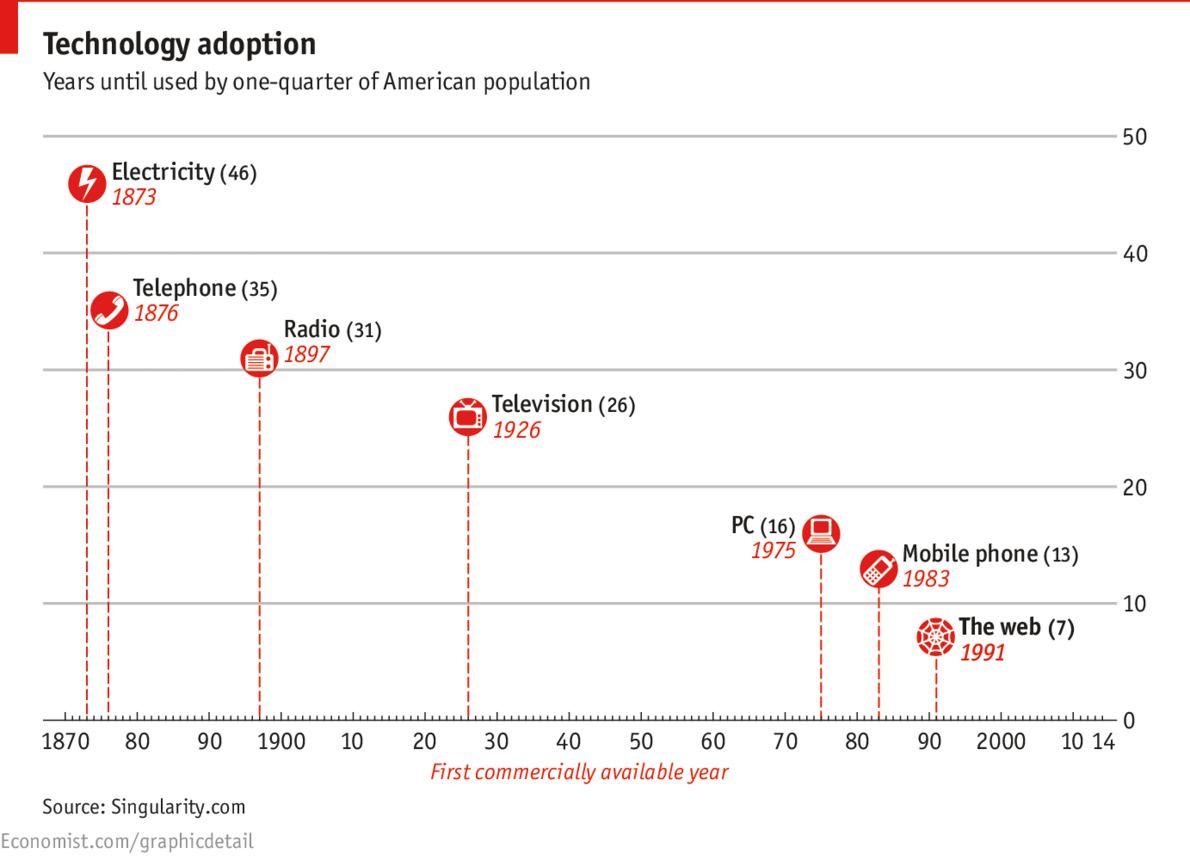 To stand any hope of managing the constant influx of change, we need to firstly, accept it, and then decide how to manage it.

Not an easy task.

Human beings are naturally inclined to predict stability. We assume that tomorrow will be roughly similar to today.

That’s why we look to our leaders to provide a stable environment and clarity of direction.

If we ignore changes in the external environment, or we fail to respond quickly enough, or we stubbornly stick to yesterday’s plans, we will fail. That is an acknowledged fact.

On the other hand, we can’t react to every single change.

Imagine the amount of energy and attention you’d need to constantly scan the ever-shifting horizon, and respond to every new development (it would bury the average business, and even huge businesses, with massive resources would likely see ‘paralysis by analysis’).

Similarly, flitting from one great idea to the next with no continuity and no sustained effort just won’t work for most organisations (even ones that sell fast-moving fashion items).

What we need now, and I mean NOW, are leaders who have the foresight to see through the background noise of constant change, and hook into the important trends, making bold decisions where necessary.

I think William Gibson was right. More and more ‘futures’ arrive all the time, and the rate of their distribution is getting faster and faster.

To be a truly great leader, you must organise your business effectively today, but lead it like tomorrow is already here.