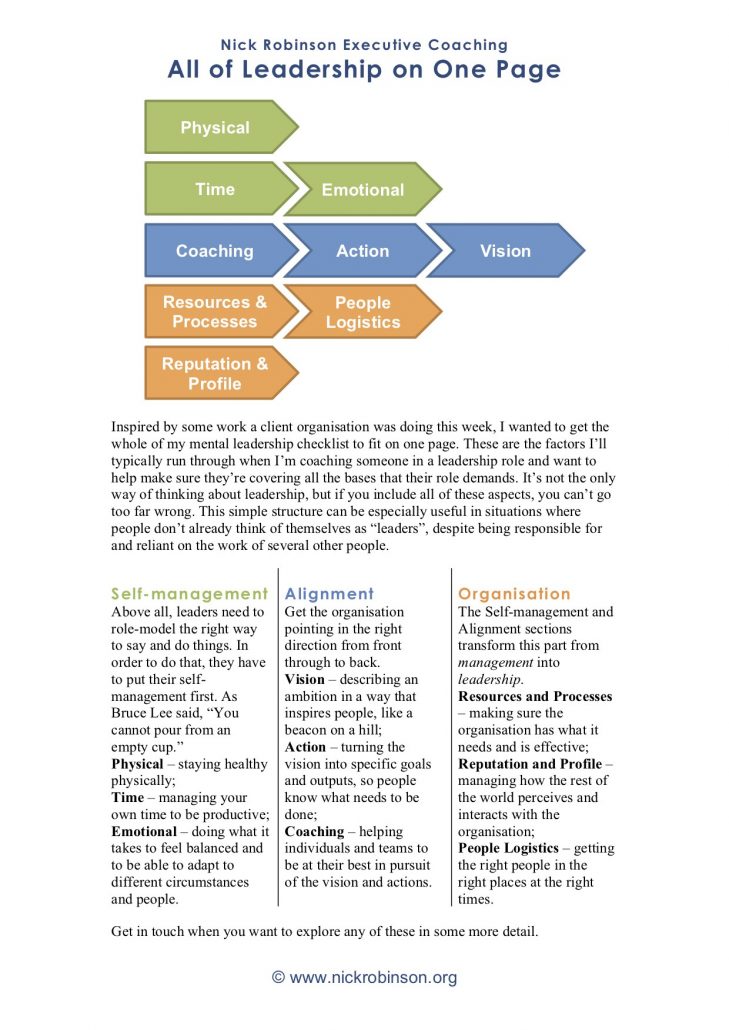 What should leaders actually *do*?
The whole of Leadership on one page, free download, no sign-ups.

Inspired by some work a client organisation was doing this week, I wanted to get the whole of my mental leadership checklist to fit on one page.

These are the factors I’ll typically run through when I’m coaching someone in a leadership role and want to help make sure they’re covering all the bases that their role demands.

It’s useful for newly-appointed leaders and well-established leaders who want to keep their approach fresh.

This is not the only way of thinking about leadership, but if you include all of these aspects, you can’t go too far wrong.

(This simple structure can also be especially useful in situations where people don’t already think of themselves as “leaders”, even when they’re responsible for and reliant on the work of several other people.) 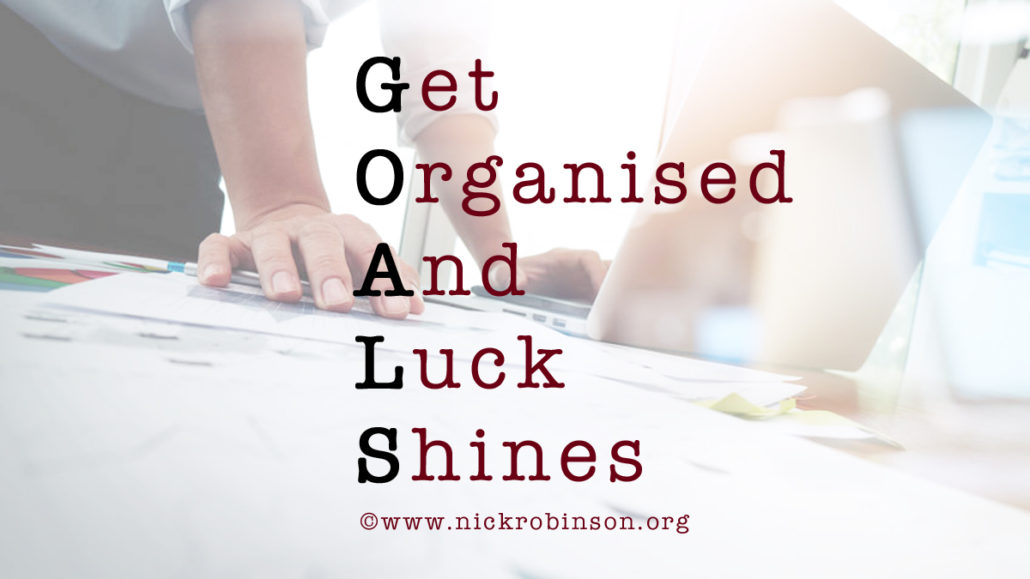 If you’ve ever been in a long meeting where lots of actions where agreed, and then found yourself wondering why people haven’t followed-through on those actions – or if you’ve ever spent a fair bit of time and effort making a to-do list yourself, only to then bunk-off instead of actually getting on with it – then you might find this useful.

In simple terms, Moral Self-Licensing is when people unconsciously allow themselves to indulge after they’ve done something positive.

In terms of productivity, the influence of Moral Self-Licensing is likely to mean a slump in achieving things between the planning and the doing stages. My experience with individual and team clients is that the effect is particularly pronounced when:

So what can you do if you notice that there’s a productivity slump between the planning and the action stages?