Tag Archive for: Board Effectiveness 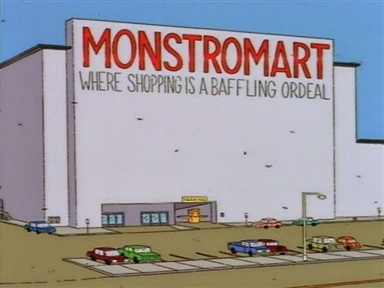 Nature wants your decision-making process to be fast and frugal.

Fast, because the primary purpose of your life, from nature’s evolutionary point of view, is to survive long enough to successfully reproduce. And most choices that might have affected your caveman ancestor’s chances of survival required fast and decisive responses.

Frugal, because the brain accounts for about 20% of our body’s energy usage.
If you waste too much mental effort deciding whether to hunt for game, collect berries or set-out fishing nets, you’ll be needing to collect even more food to refuel your brain.

This can cause a great deal of difficulty when we are faced at work or in our personal lives with a wide range of possible choices.

Have you ever had trouble trying to decide what  to buy in a supermarket? Experiments have shown that when shoppers are presented with a large  amount of potential consumer choices (e.g. chocolates, jam flavors) people actually end up making fewer purchases, and are less satisfied.

There was an episode of the Simpsons where the family visited a new supermarket called”Monstromart”; slogan: “where shopping is a baffling ordeal”. Product choice was unlimited, shelving reached the ceiling, nutmeg came in 12lb boxes and the express checkout had a sign reading, “1,000 items or less”. In the end the Simpsons returned to Apu’s Kwok-E-Mart.

And of course, The Simpson’s is a great mirror for real life. At one point in the last few years, the UK supermarket chain Tesco used to offer 28 tomato ketchups!

In an attempt to cope with the large amount of information and potential choices that we are presented with on a daily basis, we tend to rely on so-called “heuristics” (rules of thumb or mental short-cuts) that help guide our decision-making. In essence, heuristics are decision-making tools that save effort by ignoring some information. They act to reduce and simplify the mental processing of cues and information from our environment.

You’ll have possibly been under the the effects of these heuristics in your own decision-making when you:

We shouldn’t think of these heuristics as a ‘bad thing’ by themselves. Other researchers have argued that  such smart and adaptive heuristics have successfully guided our decision making in various uncertain environments over millions of years of human evolution. When pressured for time and faced with many competing options, “fast and frugal” decision making can potentially enhance the quality of our decisions.

Problems with this at work can arise when we’re not aware of this innate drive for fast and frugal decision-making.

Think back to the last management or board meeting you were in when you were faced with an important decision. Did you feel energised or tired by the process? What was your sense of time during the decision-making: fast, slow, rushed, dragging?

The chances are, that if you felt tired and that time dragged, then you were under nature’s influence to have your decisions be fast and frugal.

If the decision you were all making was complex and important enough to require the attention of the management team or board in the first place, it may be that those heuristic mental short-cuts are not the best way to approach things. The consequences of bad decisions can be severe. Research shows that in business the top five casualties of poor decision-making are customer loyalty, company reputation among customers, profits, company productivity and customer service. And in some working environments they can literally be the difference between life and death.

There are a great many decision-making techniques that can help overcome these shortfalls (some of which I’ve written about previously), but for now, I want to focus just on your awareness of this issue. Here are some of my most significant bits of learning about countering the downsides of these heuristics in decision-making at work:

1. Be aware of people’s innate drive to have their decision-making be ‘fast and frugal’. Is it right, given the decision that you have in front of you, to take a fast and frugal approach? Or is this something that demands a greater investment of time and resources?

2. Don’t be blinded by a dazzling array of seemingly different options. Often the differentiation between various choices is not as significant as it seems (Heinz’ reduced-salt ketchup is possibly pretty much the same as Tesco’s own brand…).
If necessary, categorise your choices so that you can more easily see where the real differences are.

3. Rather than trying to close or narrow the choices down too quickly, open them out first. This is something I learned from being around creative people, who tend to be much slower to close down their options. Although this means they tend to take longer to get things going, I think it can produce new solutions to previously intractable problems. So open it out first – we might be faced with a choice of 28 different kinds of ketchup, but is ketchup really what we need right now?

4. Look out for information about your options that isn’t readily available. Dig a bit. This is the power behind the increasing use of ‘big data’ mining. Even if you don’t have access to big data, try to overcome the ‘reduce and simplify’ tendency that nature would like you to use in her fast and frugal approach to dealing with information.