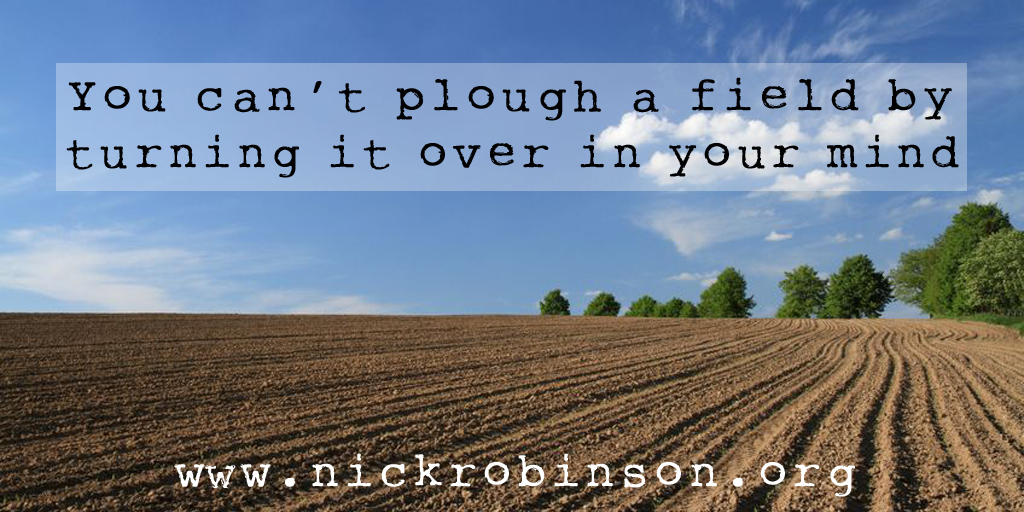 There comes a time when too much more thinking is fruitless.
In order to prepare things for a new harvest, action is required. And this is often simple and basic.
And it can be done over, fixed or amended as needed.

What’s the next step you can take?

What’s the most immediate thing that you could do?

What’s right in front of you that needs your physical effort?

If you’ve ever been in a long meeting where lots of actions where agreed, and then found yourself wondering why people haven’t followed-through on those actions – or if you’ve ever spent a fair bit of time and effort making a to-do list yourself, only to then bunk-off instead of actually getting on with it – then you might find this useful.

In simple terms, Moral Self-Licensing is when people unconsciously allow themselves to indulge after they’ve done something positive.

In terms of productivity, the influence of Moral Self-Licensing is likely to mean a slump in achieving things between the planning and the doing stages. My experience with individual and team clients is that the effect is particularly pronounced when:

So what can you do if you notice that there’s a productivity slump between the planning and the action stages? 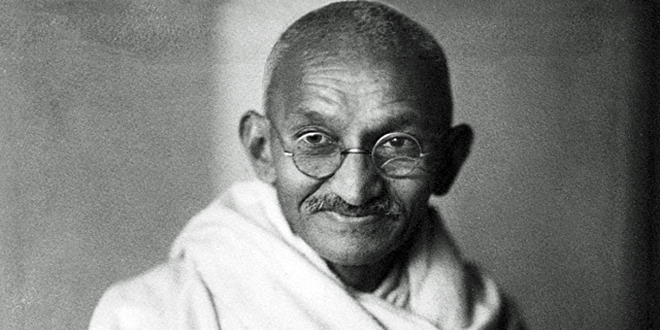 Here’s one of my personal posts which friends really seemed to like. Thought I’d share for everyone to see – a new manifesto:

1. Stop buying rubbish stuff that you don’t really need
It won’t make you happy and it will cost the Earth

2. Make more cool stuff ourselves
Music, sculptures, DIY, you name it; just get yourself involved in the production

3. Be the change you want to see
Want people to be kinder? – be kind; want more boldness in the world? – be bold

NB: “We need to be the change we wish to see in the world” is a quote supposedly from Mahatma Gandhi, although there is some dispute as to whether he did actually say it. I think he would have, if he’d thought of it. Click here for the Wikipedia entry.

“To be seen you must make yourself visible; To be valuable you must do something of value…”

I think this is a quote from somewhere? I’ve been reading and re-reading it for ages without knowing where I first found it; and Google doesn’t seem to know either.

To be seen you must make yourself visible;

To be valuable you must do something of value;

To be important you must do something important;

To be remembered you must do something memorable;

To be wanted you must create something people want;

To leave a legacy for those you love, you must create one.