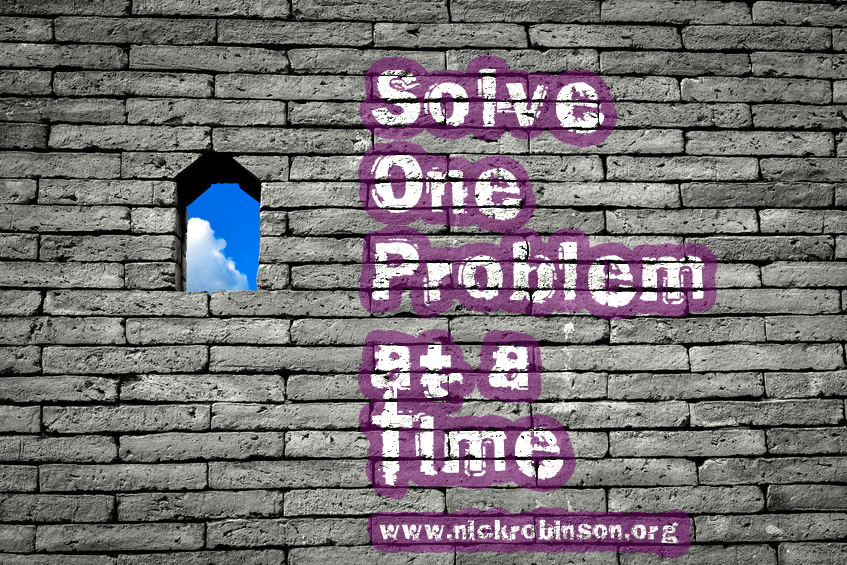 You’d have been proud of me last week, because just occasionally us coaches do actually take our own advice!

When the Film ‘The Martian’ came out at the end of 2015 I was very happy to start using it as a fictional example of how to deal with potential overwhelm, overcome seemingly intractable problems and make powerful progress towards our goals.

I don’t know about you, but the thing that people always used to say to me, when I was faced with projects, tasks, problems or goals that just seemed waaaay too big to handle, was this:

Question: How do you eat an elephant?

Answer: One bite at a time.

But instead of helping, this just used to make me feel guilty and sick. Who in their right mind would eat an elephant!?

I much preferred the engineer’s approach: break the problem down into components and solve one problem at a time, and so it was great to see this exemplified in that film.

Anyway, last week, having perhaps bitten-off more than I could chew (although at least it wasn’t elephant), I did take my own advice.

You know already I’m a big fan of being focused. I reckon that solving one problem at a time is a great partner to that approach. These days, when there are so many ways in which we can be interrupted or have our attention diverted to something else, it seems that breaking things down into manageable components and then dealing with each one in turn, is a really powerful way of forging ahead.

So that’s the place to start then, if you’re faced with overwhelming projects, tasks that seem intractable, are feeling lost in the frenetic race to balance too many demands, or have big goals to achieve:

And if you’re still  finding it hard to solve anything at all – and this often happens because it seems like everything is connected to and dependent on everything else – then you need to go back and think smaller at step one.