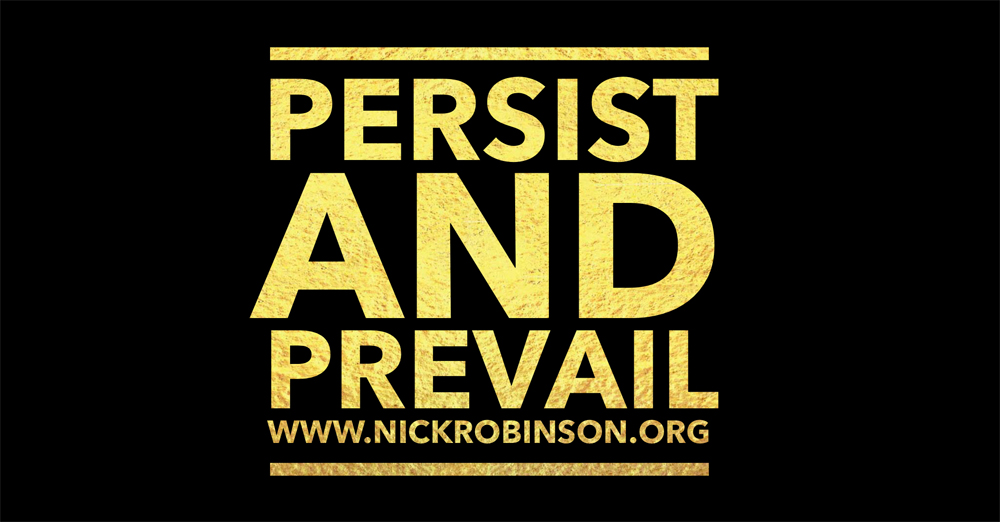 I’m a big fan of that old saying: “Get knocked down seven times, stand-up eight.” For me, that’s what resilience is mostly about; just the sheer bloody-mindedness to choose not to lie there, but to get up again.

But there’s another kind of persistence isn’t there? The kind where you’re rolling along smoothly, and you’ve not been knocked down, but yet another challenge appears in front of you. Something else that you could choose to rise to.

It’s a bit like when you’re out hiking somewhere with a lot of false peaks. You think you’re nearing the top and that the upwards part of the walk will be over when you crest the next brow you can see in front of you. But when you get there, that new perspective shows you that there’s still more peaks to come. And again, there’s likely to be some new climbs that you can’t even see yet.

I’ve had the good fortune to spend some time around some very pragmatic people just recently and I love how these folks respond to those unexpected challenges. Mostly it seems with a little sigh, some rubbing of the hands and rolling-up of the sleeves and a re-application of the shoulder to the wheel.

You can explore how anybody is likely to respond in those kind of situations, by asking them how they dealt with specific previous stressful experiences.

Describe a situation (at work, or elsewhere) that gave you trouble?
(Pick a specific example, don’t generalise). When that situation first materialised:

What you might want to be looking for is how someone deals with the emotional ‘whack’ that comes from facing yet another challenge. Can they process those emotions fairly quickly, put them into the bigger perspective of what’s really important to them and then move on, again fairly quickly?

Coaches sometimes use the term:
‘Going into and coming out of their emotions’
to describe this trait.

What’s less useful (in terms of dealing with challenges) is having someone who stays in the emotional stage, so that their ability to act is impaired. That’s a useful trait at other times (lots of creative people do this well, so that they can draw on the power of the emotions in their work), but it isn’t necessarily what you want for getting into action when the next challenge appears.

A small proportion of people don’t go into their emotions at all during times of (to them) normal stress levels. Those people stay calm and cool throughout, but may struggle to express their empathy for others. If they are also someone who experiences but doesn’t process those emotions and instead boxes them up in some way, that could come back and bite you later when you’re least expecting it.

If you want to train yourself to be able to choose whether to go into and come out of emotions, so that you can better respond to challenges, three practical things seem really helpful:

1. Controlling your breathing. Long, deep in-breaths, held for a while and then exhaled slowly will activate your parasympathetic nervous system which is the opposite to the fight/flight system.

2. Preparation, in particular being consciously familiar with your bigger-picture goals and priorities. The more you know about where you want to go long-term, the less likely one more false-peak is to discourage you from continuing your journey.

3. Modelling. Who do you know who’s a bit like those pragmatic, sleeve-rolling-up, shoulder-to-the-wheel people I’ve been hanging around with lately? How would that person react when yet another challenge appears? What’s important to them, when that happens?

Challenges are what make life interesting and overcoming them is what makes life meaningful. –Joshua J. Marine