Private New Year’s message for readers of my monthly newsletter

Hope you have a great New Year and that 2021 is a time of discovery and meaning for you.

First in a series based on my current reading. These aren’t meant as book reviews or critiques, just as a summary of my own personal learnings that others might also find useful.

I’m lucky in that my coaching clients often send or recommend me books that they’ve found interesting. Please feel free to mention anything you’ve been reading that covers, in the broadest sense: leadership, management, coaching or other personal development and growth. Use the comments box below or tweet me @NickRobCoach with any suggestions.

Ant Middleton might not be everybody’s favourite cup of tea, but I don’t think you have to like everything about a person in order to learn from them. Buddhists have a saying: “Take what works for you, and leave the rest”, which is how I invite you to read this book for yourself.

Check it out for yourself and explore your own views on this undoubtedly charismatic and driven man. The Guardian chose to write a ‘humorous’ digested take on this book, rather than review it, which you can read here. It’s not particularly complimentary – although that’s probably because this book is not aimed at your average Guardian reader.

The book is written in the form of a series of leadership lessons. I’ve paraphrased a lot here and changed emphasis and approach to suit myself. Anyway, enough blathering, here’s my own highly selective and subjective summary of my lessons from the book:

This is a great one and totally aligned with the coaching principle of being outcome-focussed. One of the first things I check with any of my clients who are stuck or struggling is just this: have you got a plan?

I believe that often the solution to any difficult situation is: make a plan, stick to the course without giving up, deliver the plan.

2. Failure isn’t making a mistake; it’s letting the mistake take over and redefine who you are.

Us coaches are fond of pointing out that the only way to never make a mistake is to never do anything – which is itself a mistake! Ant Middleton says that mistakes should be accepted, self-recrimination pushed to one side rather than being allowed to run the show, and a new plan formulated. I’ve seen this before in highly-trained professionals. They never recriminate about mistakes (although they almost always take time later to review and learn from them). Instead, their immediate focus is always on making good what has gone wrong. Good stuff!

3. Know when to trust your body – and when not to

AM says that your body often tells you that it’s got nothing left, when it’s still a hundred miles from breaking. And, even when it does break, it’s also designed to heal! He says most of the battle is in your mind. I’d say that it’s worth testing your body well enough to be able to tell when you’ve reached a real physical limit, and when you haven’t.

4. The importance of waiting

We often want to act, to dive in and be doing something. Often because that’s less scary than sitting with the fear of the unknown that comes from not knowing how things will work out. AM says that waiting, waiting for things to come to fruition, or waiting for the right time to act, is a vastly under-appreciated strategy, especially when part of a plan.

5. Three steps to a positive mindset

AM says that having a positive mindset is the ultimate leadership lesson. I’m a bit wary about terms like ‘positive mindset’, not least because organisations staffed entirely by hopeless optimists don’t tend to turn out too well! But that isn’t what AM means. I think he’s talking about the state of being able to always make a difference or of always being able to move forwards. And that’s something I can get behind entirely. Here’s what is very much my own paraphrasing of his three steps:

I hope you get the chance to check out this interesting book for yourself. I got mine as Christmas present and found it a quick, easy and enjoyable read. My teenage son and I love watching the TV series ‘Who Dares Wins, also led by this author, which does a brilliant job of creating an environment in which people can really test and learn about their physical and mental resilience.

Happy New Year! and a couple of questions for y’all.

I’m hoping that, if I’ve got the tech right, this article will appear in my monthly newsletter for December 2018, so you should be reading it right at the end of the year or just at the start of the next. And what’s more, only you and the select band of like-minded folk who are crazy enough to subscribe to this newsletter will ever get to read this!

I’ve got a real dislike of any kind of fixed celebrations that I’m supposed to do at a certain time. If it was entirely up to me, I’d even celebrate my birthday on a different, possibly random, day each year. I’m told this makes me “difficult”, which is probably true 🙂

Nevertheless, and putting my strange behaviour aside, we are actually here, at the end of another calendar year and with the blank pages of a new one just waiting to receive our impressions.

I don’t know how you feel about that, although I would like to know if you’d care to drop me a line or leave a comment while this post still has comments open?

And how about 2019?
What’s your focus going to be about this coming year?
If you had a sense that something important was going to unfold in 2019, what might that something be?
Who are you becoming this year?
And who or what is your unique and precious existence in service of, for the next 365 once-in-lifetime-only days?

Have you failed enough in your marketplace to really earn the success that you and your business deserve?

You can also see the artwork on Hilary’s site here: hilarywoof.com, and read more about this piece and her other work.

Here’s the handout I mention in the video, click it and then right-click to “Save as…” or download your copy: 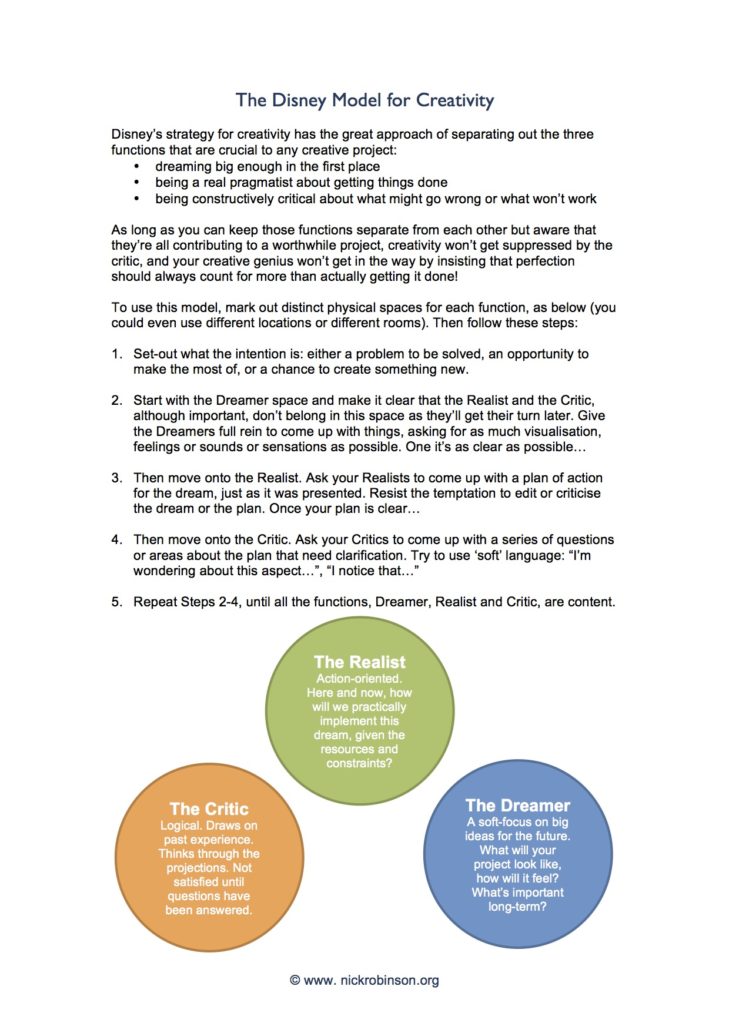 Some learning on the link between when and how you need to be in or out of your Comfort Zone, and how you lead others

The first of my new short video articles, exclusive to subscribers to my monthly newsletter.

This month: how should we role-model “followership” as well as leadership?

Here’s one of my personal posts which friends really seemed to like. Thought I’d share for everyone to see – a new manifesto:

1. Stop buying rubbish stuff that you don’t really need
It won’t make you happy and it will cost the Earth

2. Make more cool stuff ourselves
Music, sculptures, DIY, you name it; just get yourself involved in the production

3. Be the change you want to see
Want people to be kinder? – be kind; want more boldness in the world? – be bold

NB: “We need to be the change we wish to see in the world” is a quote supposedly from Mahatma Gandhi, although there is some dispute as to whether he did actually say it. I think he would have, if he’d thought of it. Click here for the Wikipedia entry.